Whale Bay painter Miranda Caird’s teensy home studio is so full-to-overflowing with artist’s clutter it’s hard to imagine she could show a whole classroom around let alone an entire school.

But that’s exactly what she’s done this term – albeit remotely – and the 52 children who attend Lake Brunner School down south have been “absolutely enamoured” with their virtual visits to Raglan, principal Shirley Serban told the Chronicle.

They’ve now produced their own vibrant landscapes inspired by both the beauty of the West Coast region they live in and by Miranda, their “famous” artist role model.

The children made two video calls – via the school’s TV screen – to Miranda after Shirley contacted her through Facebook, asking if she’d like to be involved in their study of local landscapes.

Miranda was “very keen”, she says, to show them around her studio and answer all their questions about life as an artist. The children were then encouraged by their teachers to look outside at their own  spectacular mountain and lake environment before they set to work producing their own art.

The three Year 1 to 8 classrooms have now completed portfolios of work similar in style to the mountain landscapes for which Miranda is best known. “But each (picture) is also completely unique,” Shirley adds.

The colourful paintings and pastel-and-dye works are proudly displayed on the school’s Facebook page.

Miranda’s delighted with the quality of the work. “They’ve really made the most of what they’ve got (on their doorstep),” she says, looking at a video showing the country school’s picturesque location  in the village of Moana – on the northern shore of Lake Brunner – with mountains in the distance.

Although she hasn’t visited the school, Miranda’s familiar with such South Island alpine scenery. For some years now she’s taken a road trip south to photograph the landscape – or take up the odd artist residency – and on returning to Raglan has re-captured these South Island vistas on canvas. Her trademark acrylics are sold both in New Zealand and overseas.

A one-time teacher herself, Miranda insists mentoring others should be part of the whole experience of being a full-time artist. She recalls that back in 2003, when deciding to go full-time as a painter, it was a surprise to find the arts sector “not very supportive”.

But while she had to largely find her own way around the pitfalls, she believes a more supportive environment is now emerging which makes working as an artist a much easier and more viable career option.

She says one of her visions is to see a well-connected nationwide art scene or trail that allows both Kiwis and tourists to easily access New Zealand art. The absolute ideal, she adds, would be for visitors to include artwork on their ‘must have’ lists along with that quintessential bottle of New Zealand wine and jar of manuka honey. 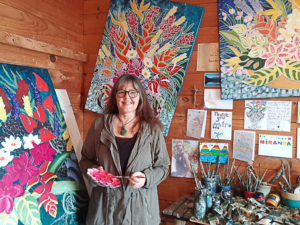 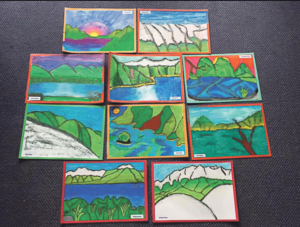 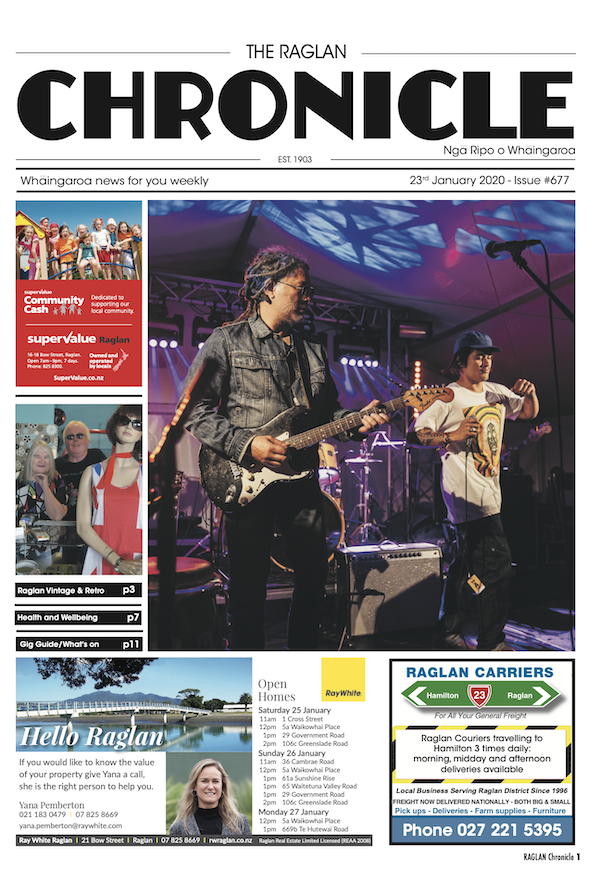