A merit award for an heroic rescue, an honorary life membership and unit of the year saw the Raglan crew take home nearly half of the awards on offer.

In a dramatic rescue in June, the Raglan Coastguard vessel Gallagher Rescue was called out to search for two kayakers who were swept 8km out to sea.

Facing stormy, treacherous conditions and in darkness, the Raglan unit used beacon coordinates in a dramatic night-time rescue to locate the pair at 8.45pm.

Found off Marokopa, south of Raglan, the pair were plucked to safety in the pitch darkness as they battled winds reaching 75km/h and a metre-high swell.

The merit award recognises the temerity of the crew who put their lives on the line in extreme conditions to save the lives of the kayakers.

Long-standing member and current president of the unit, Wally Hawken was awarded an honorary life membership for his services to coastguard.

With 12-years under his belt, Wally has made valuable contributions to administration, training, fundraising, community awareness and stakeholder engagement.

“Wally’s award is a really big deal for the Northern Region. We were so busy celebrating and making a noise we almost missed the Unit of the Year and the merit award,” he says.

Brigid answered a call-out for dry crew members 12-years ago and has used her administration skills taking care of the endless paperwork required by the unit, in a truly professional manner.

In more recent times, she has had to utilise her financial skills after the passing of the treasurer Raewyn Mitchell two years ago.

Raglan Volunteer Coastguard recently put a cap on their wet crew but they are always on the look out for dry crew to help with administration and fundraising. 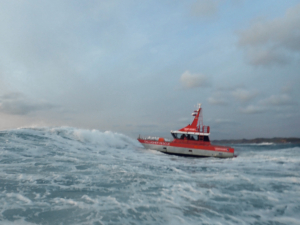 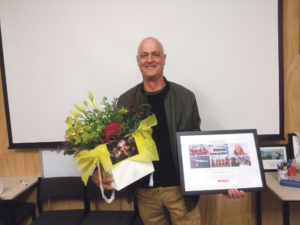 Coastguard New Zealand is asking people not to go out on the
Raglan Coastguard volunteers Adam Daniel and James Hawken got to put two
Newly certified skippers Brent Christophers, James Hawken and Lee Poolton are ready
It’s widely acknowledged that discharging a flare incorrectly, at the wrong time
Go to Top