A Raglan family’s proud academic legacy continues next week when a grand-daughter of longtime Whale Bay residents Jane and the late James Ritchie graduates with her PhD from the University of Waikato.

Online website Voxy reveals that an overseas examiner described Isa Ritchie’s thesis – titled ‘Shared Lunch: An Ethnography of Food Sovereignty in Whaingaroa and Beyond’ – as “one of the best she’d read in over 30 years”.

Emeritus Professor Jane Ritchie, now 82 and living in Raglan West, will be at Isa’s graduation on Monday morning along with daughters Dr Helen Ritchie from out the bay and Jenny – Isa’s mother – who currently lives in Wellington where she is an associate professor at Victoria University’s School of Education.

Says Jane: “As Isa worked through her doctorate I enjoyed hearing her talk about her research and writing, and I couldn’t help comparing it with my PhD done back in the 1950s.”

Jane – herself the daughter of academics Pearl and Ernest Beaglehole, who were based at Victoria University – was the first woman at a New Zealand university to obtain a doctorate in psychology.

She subsequently worked in Waikato University’s psychology department which was then headed and had been established by her husband James.

Together the couple – while raising their own three and two adopted children – went on to become prominent child-rearing experts, their 1981 book ‘Spare the Rod’ damning physical discipline in favour of alternatives such as the positive reinforcement and time out methods of today. 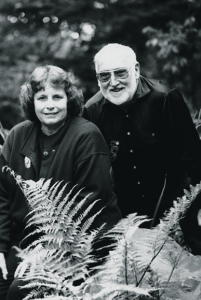 Jane is delighted to see that philosophy persisting into the third generation with Isa, who she often looked after when Jenny first studied at Waikato and who is a mother herself now, of nine-year-old Tesla.

Jane’s looking forward to Isa’s graduation at Te Kohinga Marama Marae on the Waikato University campus, and told Voxy she is extremely proud of her grand-daughter. “Her research is relevant, and I think will become more so as people become more conscious about food safety, security and food waste.”

Isa’s ethnographic study focused around local food providers in Whaingaroa and other settings in New Zealand, exploring the complex interconnectedness of food and its links with the social and political, values and practices, tradition and innovation, wealth and poverty at global, local and personal levels.

“I looked at the culture, customs, habits and differences of alternative food networks, mostly based in the Raglan area where there’s a community of small-scale local food providers,” Isa told Voxy.

She spent time with and interviewed local food providers who have opted out of the mainstream food system, finding out how they operated, the issues they faced to establish and sustain their operations and how they overcame their challenges, often finding alternatives to conventional economic systems.

“I worked with a cross-section of people and businesses and non-profit initiatives,” she said.

“They included community gardens, small-scale organic and permaculture farms and other community groups, and businesses focused on  producing and distributing local food such as cafes and bakeries, as well as those minimising waste and environmental harm.”

Isa found that small-scale local food initiatives are often connected. “The economics of local food systems is dependent on relationships and trust which means that shared resources – land for example – can enable people to grow and share food and experiment with new ways of doing things.

“They showed what’s possible and achievable even with minimal resources.”

After years of study, Isa now lives in Wellington and works in public policy for the Ministry of Business, Innovation and Employment.

“I’m also writing,” she says. “My novel ‘Fishing for Maui’ will be published next year and has food-related themes that draw on my doctoral research.”