Raglan restaurant and cafe operators were expressing a collective sigh of relief early this week as they prepared to re-open their doors to diners after a devastating six-week shutdown because of the Covid-19 crisis.

But there was apprehension too over the cost of the rules that eateries must adhere to under alert level 2 – which comes into effect today, Thursday – and over whether they can get an extension of Government subsidies for staff wages.

A typical reaction was that of Lisa James of Orca Eatery & Bar, which employs 25-odd part and fulltime staff.

“We are very grateful we will be able to operate and get back to some sense of normality,” she told the Chronicle. “But it’s going to be a challenging time.”

While the 12-week Government wages subsidy had been a “lifesaver”, she hoped Hospitality NZ would be successful in campaigning to have it extended beyond its scheduled end in June.

Like all eateries, Orca would face added costs in adhering to the Government’s three S’s rule which meant that to minimise contact patrons must be seated at appropriately separated tables, each table must have a single server and no counter service was to be available.

“Under these new rules we can also only have capacity for 100 people including staff, so we will remove several tables to allow distance between groups,” she added.

Lisa – who owns Orca jointly with husband Kaleb and three business partners – said they were confident they could keep their team and their customers safe.

Though Orca had missed out on both end-of-summer and Easter trading, the lockdown had been “a good time to assess the business and processes, and get around to all those little things you never seem to do in a busy week”.

Rock-it Kitchen owner Sarah Kay has also put her time from the enforced closure to good use, undertaking a major spring-clean and paint job on the one-time woolshed turned rustic cafe.

She was hoping to be open by the weekend and back to some degree of normality. “Our staff are ready to go,” she said.

Sarah – who agreed the wage subsidy was “an absolute godsend” – was working this week on ways of spacing tables so as to conform to the new social distancing requirements.

However she pointed out that Rock-it did have the advantage of a large covered deck to accommodate plenty of al fresco dining.

Sarah added diners would need to have a lot of patience with only the one server per table requirement, which meant the same person would be doing everything from bringing drinks to organising the bill. “It will be interesting to see how it goes,” she said.

The Shack’s Justin Thomson was also this week working on some physical distancing systems, with fewer tables that were well spaced and gave more room for staff to move around.

He said all customers would need to be seated, and would be greeted at the door to avoid queuing. “We will get their details for our contact tracing register and direct them to a table.”

Staff would also do takeaway coffee, cake and meal orders from the corner cafe’s window on Wainui Rd so customers didn’t necessarily have to dine in, he added.

Frequent handwashing, cleaning and sanitising of hard surfaces in line with Covid-19 foodservice standards was – as with all cafes – the new way, Justin stressed, and at this stage cash payments would not be accepted.

The Wharf Kitchen and Bar owner Helen Rowling was also “ready to go” this week and said there was plenty of room to rejig tables for more distanced seating.

But the lockdown had been a tough time, she said, causing a huge loss of custom during a perfect Indian summer.

Despite the imminent return of customers, she feared that in two or three months she’d have to make a decision on whether the doors remained open.

She admitted that  re-opening was an anxious time with loss of business stability and confidence.

He said the shutdown has been “a disaster”, especially as he’d undertaken a costly fit-out on buying the business and had only got it off the ground again in mid December.

He and his staff were “doing our best” operating under Government restrictions but in reality  hospitality was not viable without the support of the Covid-19 wage subsidy.

Meantime Dean Teddy from the popular George’s Beach Club has confirmed he won’t be re-opening at alert level 2 as it’s not viable with the social spacing requirements. Indoors – where everyone wanted to be in winter – the cafe had only very limited seating and each table would need a separate server.

*ULO’s Kitchen in Wallis St and Kochi, the Indian restaurant further up Bow St, could not be contacted by the Chronicle for comment.

The pub’s proprietors, Jeff and Kerry Holloway, acknowledged in an email circulating early this week that hospitality “has been hit very hard” by the lockdown – and said they’d opted not to re-open at this stage because it made them nervous.

“However carefully we prepare for the stringent conditions, we feel we cannot offer a completely safe environment.

“And whilst we have the small luxury of the Government enabling us to keep our 30 staff on the payroll, after much thought and deliberation we have decided to have a wait-and-see approach at level 2.”

They would reopen only when they felt confident that all the strongest guidelines could be followed. 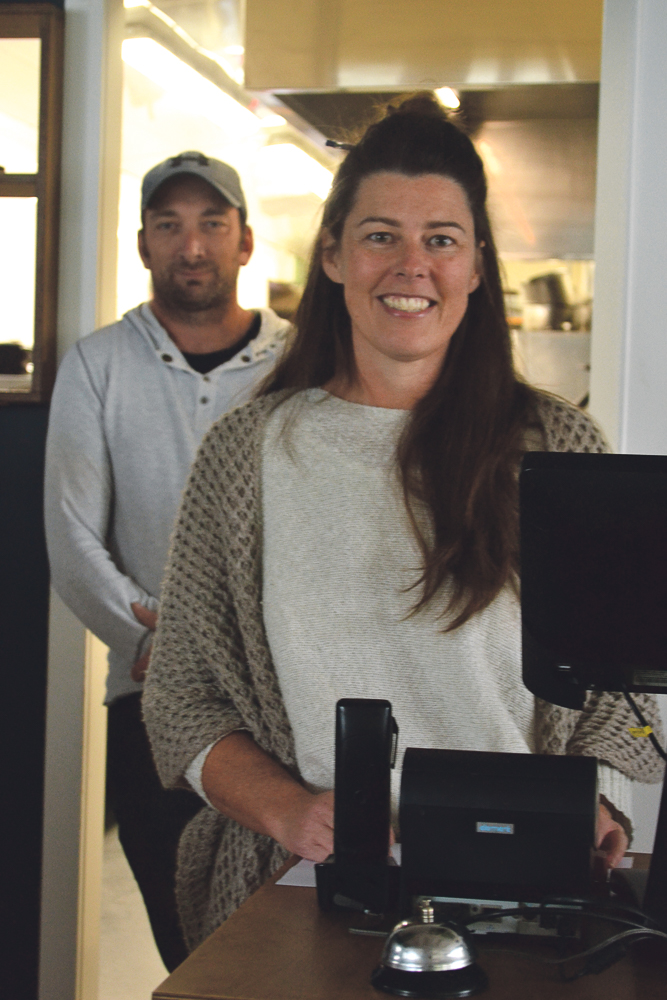 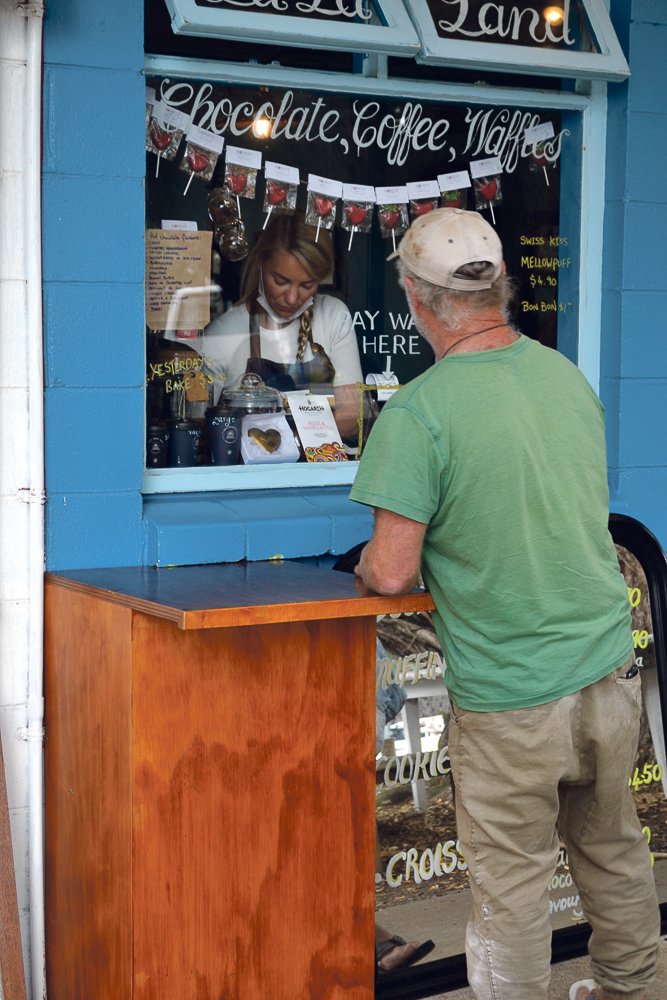 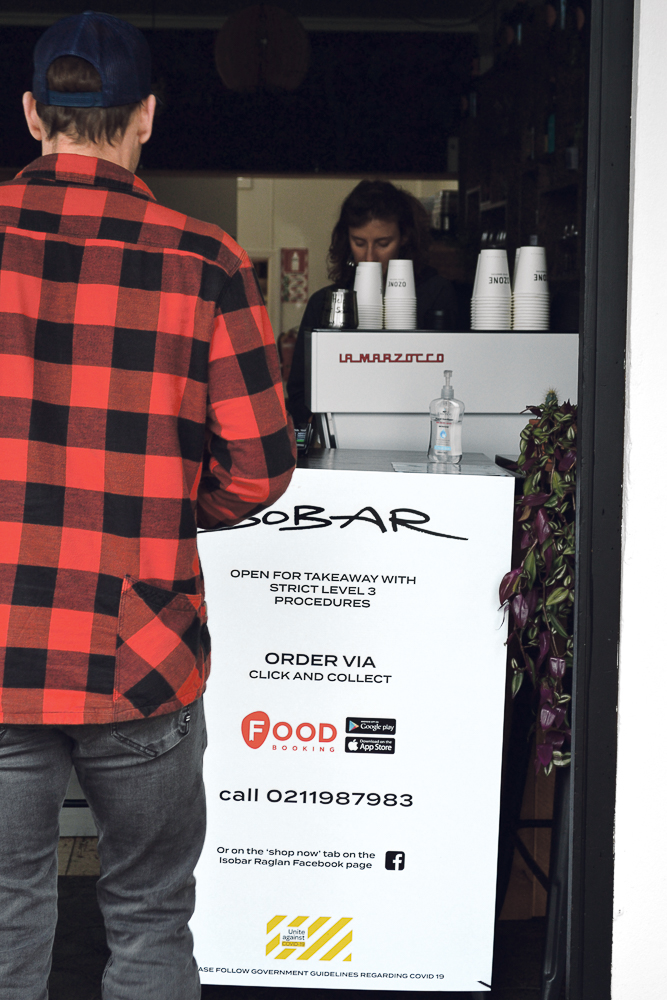 As someone who has mixed feelings about the Pharmaceutical industry, and has
On Thursday 30 September, the Supreme Court ruled that the Environmental Protection
W henua Māori on Wainui Road, sitting idle for decades, will be
Waikato District Council’s plans to fence the landing strip at the Raglan
This information has been put together by local health professional Dr. Robin
Go to Top