Lots of people receive a book for Christmas but Astrid Conjaerts Schepel’s was extra special – it was her own.

But while Astrid wrote ‘The Mind-Traveller’ she has daughter Najade to thank for the drawings that bring the central character of the story to life as he journeys – in this, the first of a planned children’s series – to Cambodia in his boat-bed.

Najade was “still making illustrations” for ‘The Mind-Traveller’ just a few months ago, Astrid told the Chronicle, right up until the day before she left for the Netherlands to study veterinary medicine.

But the 20 year old was back home in Raglan for the book launch three days before Christmas in Cross St, where Astrid has a studio.

“Never imagined I would be signing books,” this delighted first-time author posted on her Facebook page straight after the launch. Copies of ‘The Mind-Traveller’ had just arrived and she’d been quick to organise the celebration with family and friends.

Astrid’s project – as she calls it – has been a few years in the making. “Actually it started here in the container where I have had office space to do translation and writing,” she reminded those at the launch.

It’s where ‘The Mind-Traveller’ grew from an idea into a book, she said.

Astrid loves to travel the world experiencing other cultures, and strongly believes children too “open up” when they know more about another country themselves. “They will have more respect and tolerance.”

So – motivated also by the “silly” books that younger daughter Isabeau brought home from the school library — Astrid set her mind to writing a more educational children’s book herself.

First she did a creative writing course at the NZ Writers College. Then, inspired by Vaddey Ratner’s ‘In the Shadow of the Banyan’, she settled on Cambodia as the first country in a series to encourage mind-travel.

“Not everybody can travel the world,” she writes in her opening paragraph, “but everyone can travel in their mind.”

So central character Jae – whose name means respect – floats in his boat-bed “on the deep blue ocean” and journeys to Cambodia in his dreams.

Astrid even took a trip to Cambodia last year to fact-check her story.

She chose Najade’s drawings over her own photos, which also meant self-publishing “because publishers like to decide on illustrations themselves”.

Astrid also found a printing company in Nelson rather than in China or elsewhere overseas, a move which coincidentally allowed her to order copies in hardcover as well as softcover,

She attributes her project’s success to “several breaks” that helped with both technicalities and self-confidence. Local scriptwriter Fiona Edwards and children’s author Sarah Johnson gave good advice, while award-winning Auckland author and mentor Janice Marriott edited her work to completion.

Astrid, who is from the Netherlands but has lived in Raglan since 2011, has already begun writing her second mind-traveller book … on New Zealand.

‘The Mind-Traveller’ – for ages 6 to 10 – is stocked in Raglan at Zinnia, Soul Shoes and Show Off Aotearoa. 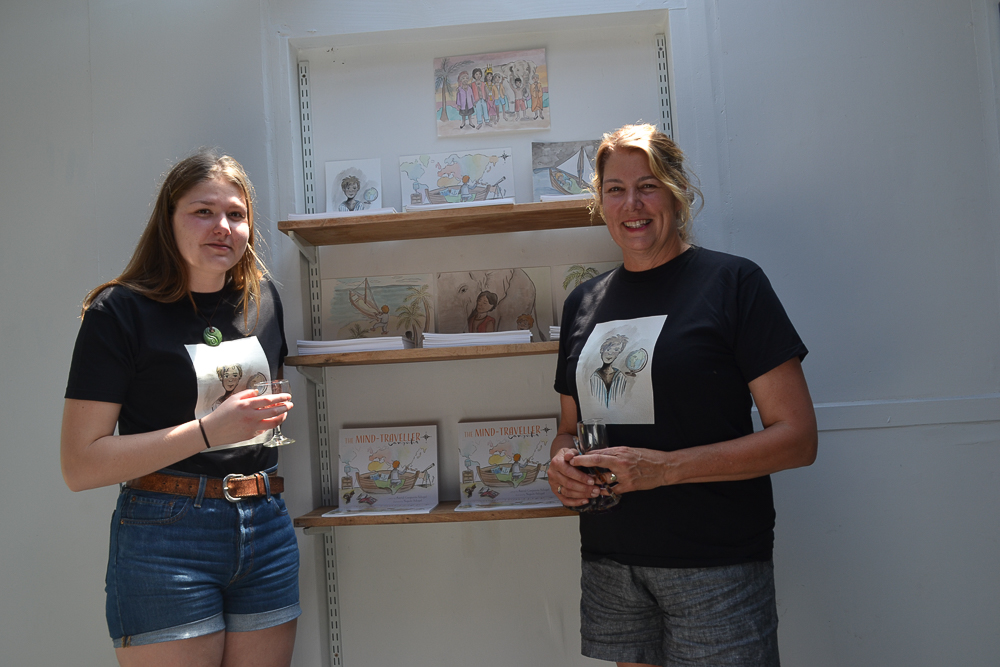 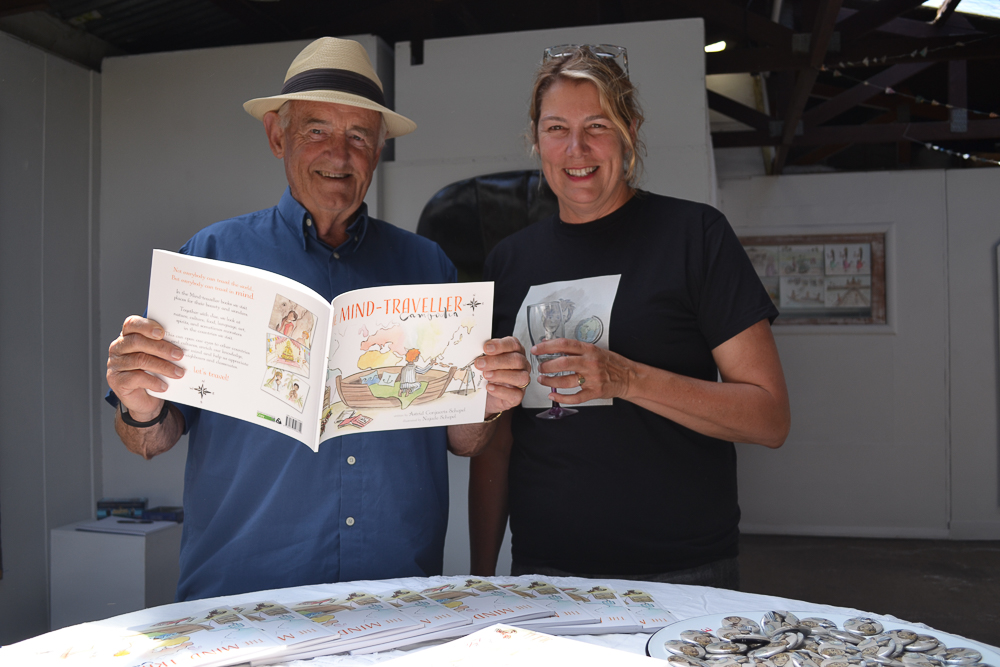