Award-winning wildlife and nature photographer Trevor Penfold opens his last Raglan exhibition this weekend where it all began 10 years ago – at the Old School Arts Centre.

Entitled A Time to Reflect, it’s a nostalgic mix of landscapes and wildlife which show “how nature has inspired me” and will include Trevor’s latest series of ‘Dreamscapes’.

These are mainly local sunsets, he says, with a dreamlike effect as the name suggests.

The work was inspired by that of English Romanticist landscape painter William Turner – commonly known as “the painter of light” – and relies on a technique Trevor’s used in which the camera is constantly moving.

This actually builds up the composition, he explains, so tone and colour move from sharp images. “It enables you to get different effects,” Trevor adds of his quest to capture on camera unique images similar to those seen in Turner’s famed watercolours.

Trevor credits his success as a photographer during the past decade in Raglan to the change-of-lifestyle shift from his native England. It allowed the family man and one-time electrician/builder to take what was a hobby and turn it into work.

“I really like Raglan,” he told the Chronicle. “It’s given me the opportunity to take that (career) route.”

After first building his own home in Greenslade Rd – which the family lived in until recently – Trevor focused on photography, tapping into the local community with a number of exhibitions and workshops at the Old School.

While conceding Raglan may be a bit “limited” on the wildlife which defines much of his earlier work, Trevor hasn’t let that stand in the way of having two coffee-table books published.

‘Wild Behaviour’ showcases New Zealand’s unique animals up close and personal, and ‘Visions of Nature’ takes a closer look at the birds and other creatures found right here on our west coast doorstep.

Trevor’s passion for looking at wildlife through the lens has seen him set up recently the online PhotoHub which has “morphed” from his Hamilton Zoo photography workshops of the past few years, mentoring and teaching like-minded enthusiasts the technicalities of capturing creative images.

He’s also into what he calls photo adventures, taking keen photographers for anything up to three weeks at a time on wildlife and landscape tours to “amazing locations” like the Scottish Highlands or, closer to home, to the East Coast (coming up next month) and Dunedin (in October).

But Trevor’s moving on from Raglan later this year – possibly back to England – and is keen now to wrap up the past decade’s work with just one last local exhibition. It’s been a rewarding journey, he says, in pursuit of his photographic aspirations. 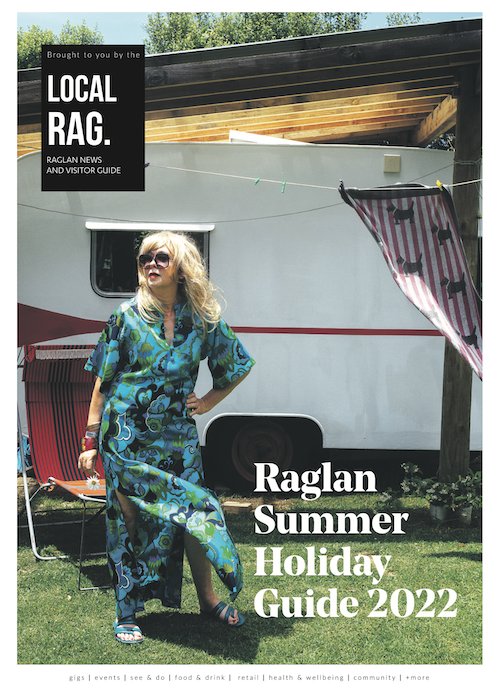