Get ready to take a trip into the imaginations of three young artists at the Brain Funk exhibition at the Raglan Old School Arts Centre in from February 7 to 29.

It’s the first official outing for Annika Clover, Seb Hart and Ziggy Knuiman who describe their work as psychedelic art, and all of their distorted, surreal drawings and paintings have an ‘out of this world’ quality to them.

“Psychedelic art is an expression of the soul or the unconscious mind that can confuse and intrigue the viewer, causing them to question their own sanity and place in the cosmos. Although sometimes unsettling, I consider psychedelic art to be the most imaginative and fun to look at,” Seb says.

Brain Funk describes their creative process, a sense of purging the ideas swirling around in their heads into a drawing or painting.

Music, skate culture, family, friends, shit happening in their lives are what inspires their art and creating the next piece of Brain Funk is their biggest motivator.

“I’m inspired by life and everything around me but what inspires me more is the line that I’ve just drawn; each line inspires the next,” Seb says.

Derived from Ancient Greek, psychedelic translates to ‘mind-manifesting’ and it’s this burning desire to express themselves through their artistic endeavours, and the sense of release it brings them that pushes their creative boundaries.

Annika is the only one with any formal art training having studied art at high school and being immersed in creativity from birth through her mother Teresa who was a ceramic artist.

She considered taking up art at university but was put off by the lack of true artistic freedom and wasn’t keen on being lumbered with a huge student loan.

Both Seb and Ziggy are not inhibited by their lack of training and have no desire to be tied down by the limitations of art school.

“I was turned off art at high school it was too restrictive; I’m just figuring it out as I do it,” Seb says.

Living in such a diverse community is a huge influence on their desire to be creative.

“We’re lucky to be surrounded by creative people in a creative town,” Ziggy says.

The three 20-year-olds all work in Raglan; Annika runs vegetarian/vegan eatery Clover in Volcom Lane, Seb is a Bartender at the Yot Club and Ziggy makes coffee at Indys.

Holding their first exhibition is a big step in their burgeoning artistic journeys and they are excited about getting feedback about their “scribbles”.

“I hope that what I’m doing creates as much feeling and joy as I get from artists that I admire,” Annika says. 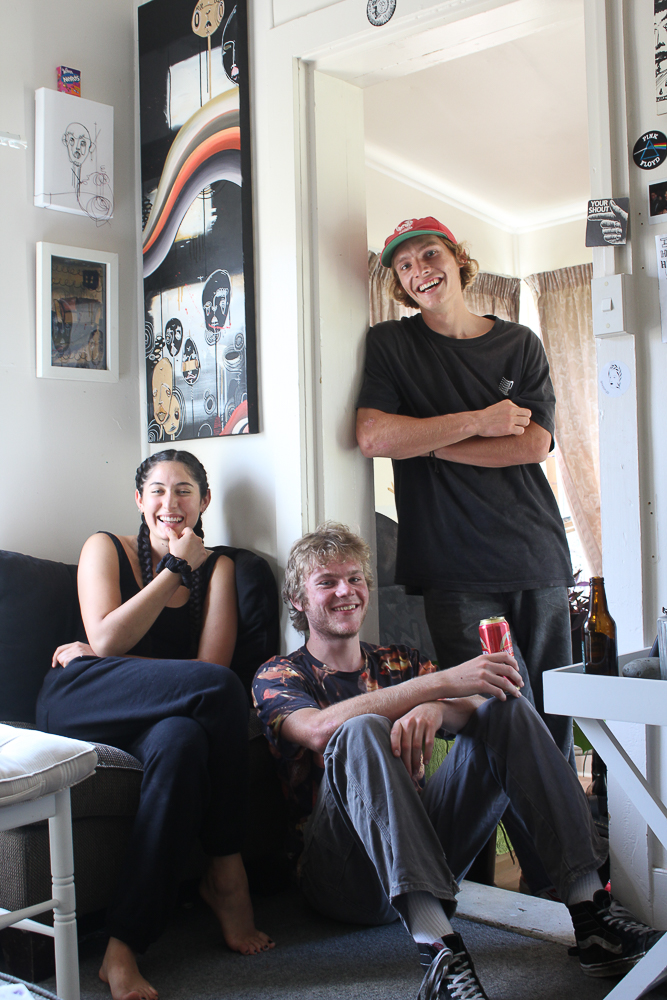 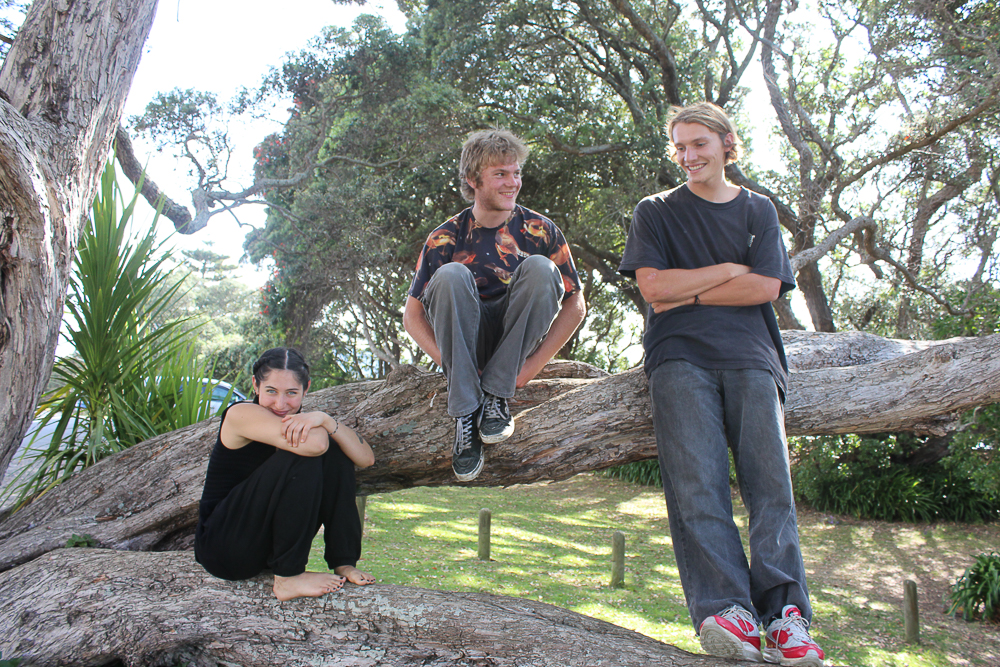