The good dudes club is the first exhibition of Relic’s illustrations to be displayed for the public at Rivet Gallery in Raglan.

Tegan Byford-Hollows, also known as Relic, is an independent illustrator and graphic designer who has recently completed a Bachelor of Media Arts at Wintec majoring in graphic design.

It all started with one art class at Mount Maunganui College where Tegan decided to use the strong influences from the surf and skate culture she was surrounded by to develop her own style of illustration. From here, she refined her technique and style and continued to take art and design classes throughout the rest of her schooling.

The name Relic originally stemmed from a design assignment that was completed in her last year of high school at Sacred Heart Girls College Hamilton. The design project was about brand that recycles skateboards and refurbishes them to be either artwork or for people to skate again, this concept inspired Tegan to make this project a dream. She then began to collect skateboards and other recycled materials to apply her illustrations to and sell. 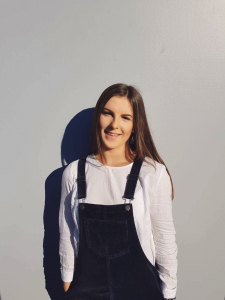 Tegan became highly interested in the graphic design and illustration that she left school early to start study at the age of 16. Throughout her study, Tegan adapted styles from artists known as Sheryo, The Yok and McBess.

The illustration style that these artist use consist of bold colours and detailed characters that mostly represent a story or opinion. They are generally impish and gleeful which reflects heavily in Tegan’s work.

Most of the illustration characters in Relic’s exhibition The Good Dudes Club address problems around politics, global warming and environmental opinions. These themes then help build the scenario of these characteristics making them original and unique.

Not only does Tegan focus on illustration she also incorporates her style of drawing within her graphic design. As a result, you will see the deliberate pairing of sophisticated and minimal design structure, which helps Tegan’s work stand out and become known for her specific style. 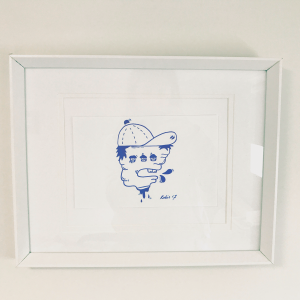