Ninety parked cars were observed at Manu Bay – with an equivalent number of surfers in the water – on the Wednesday afternoon following Tuesday’s shift back to alert level 3.

However Senior Constable Raewyn Stevenson told the Chronicle  that the people police spoke to coming and going from the surf were all locals observing the two-metre social distancing rule.

“Those in the water were also keeping apart,” she said.

But she also issued a reminder that everyone should think of the continuing restrictions as a team effort. “We’ve all got to comply … let’s do it and get out of alert level 3 quicker.”

The combination of good surf and weather on Saturday also saw swarms of people out surfing or fishing from the shore, both in Raglan and further south at Ruapuke where police described the beach and car-parks as “jam-packed”. No arrests were made.

Senior Constable Stevenson said that at both alert levels 3 and 4, police checkpoints at Whatawhata had been helpful in monitoring people’s movements. However “relatively few” vehicles had been forced to turn back – for instance only three out of 52 cars stopped at one point during level 4 lockdown.

And while level 3  meant there were now more cars on the road, this was in line with the relaxed regulations, she added.

“People can exercise at parks or beaches within their region but the closer to home the better. Activities must be safe – keep two metres away from anyone not in your bubble.

Senior Constable Stevenson said a graduated response was used in Covid-19 policing, which relies on powers invoked by the Government under health and civil defence emergency management legislation.

However, the essential role of the police had not changed whatever the alert level. They worked with the public through a four-step process: engage, educate, encourage and “if absolutely necessary” enforcements such as warnings or arrests.

Encouragingly, there had been no arrests in the Raglan area to date, although there have been verbal and written warnings issued.

Outside of the strictly Covid-19 policing in Raglan, however, there had been a slight increase in domestic abuse. The Senior Constable said these were “mostly verbal disagreements involving families we normally wouldn’t deal with for such things,” and attributed the rise in cases to cabin fever brought on by being cooped up together for so long.

Meantime Senior Constable Stevenson praised the efforts of local businesses that have either stayed open throughout or re-opened recently – maintaining safe, contactless sales.

“We’ve all got to stick this out,” she reinforced. “Keep the ball up, don’t let it drop.”

Residents urged to lock cars at night after spate of thefts

Raglan police have appealed to residents to be more vigilant about their home and vehicle security.

The plea comes after an incident around 3.45 Wednesday morning when a male was seen attempting to steal a vehicle from Sunshine Rise, Raglan.  He was thwarted by the vehicle owner who had been awakened by a noise and saw the outside light on in the driveway.  The male offender fled on foot.

A couple of hours later, a vehicle stolen from Main Road, Raglan, was chased by police in Huntly.  The offender dumped and ran from the vehicle but was located nearby and arrested.

It is unknown at this stage if the two incidents are related.

The offender, a Raglan resident,  was to appear in the Hamilton District Court this week on six charges.

Police say the vehicles in the two incidents had both been left unlocked, with the keys left inside the vehicles.

Earlier, on March 6, a local male was arrested for stealing property from at least seven vehicles parked in driveways at night.   Each and every vehicle had been left unlocked.

Police say there is still a substantial amount of property at the Raglan Police Station that was seized off this offender.   Please contact the station if you believe some of your property may have been stolen out of your vehicle about this time. 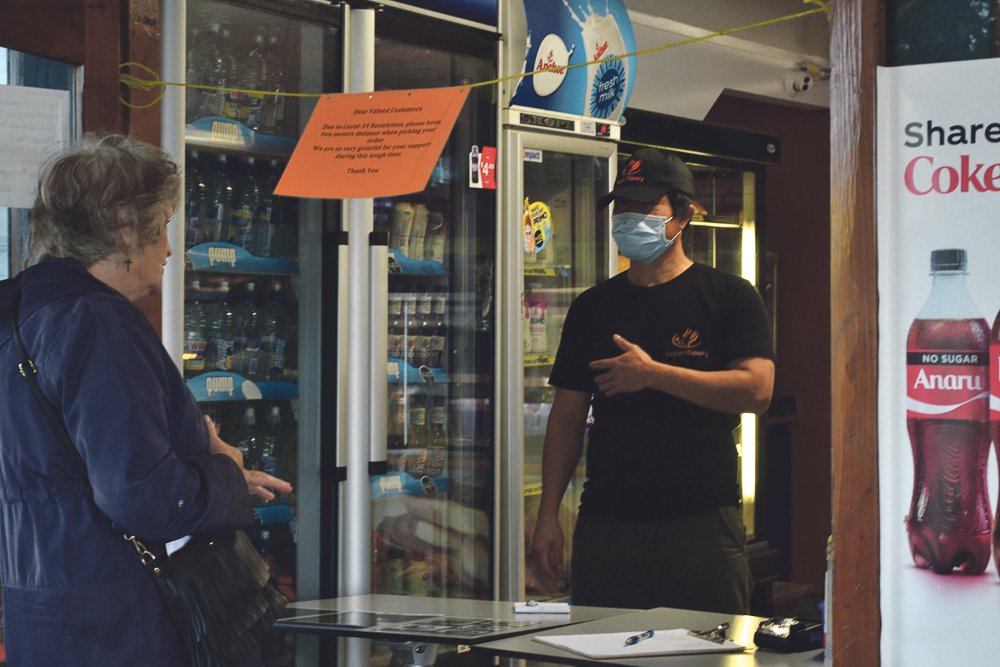