It’s a ride of a lifetime for two local cyclists and it’s all in the name of a good cause.

Mick Hodgson and Dirk De Ruysscher are getting in the saddle and bikepacking 3000 kilometres in the 2020 Brevet -Tour Aotearoa taking them from Cape Reinga to the Bluff.

The pair, who are long-time volunteer firefighters at station 39 Raglan Volunteer Fire Brigade, have set up a Givealittle page to raise funds for a folding patient backboard, personal LED torches for search and rescue, and to compensate loss of income for volunteers attending long call outs.

“This ride is something special and we wanted to link it to fundraising for the station but also raising awareness of the work the fire service volunteers do,” Dirk says.

Following cycle trails, tracks, paths and lanes connected by the most enjoyable country roads available, the ride follows a set course, via 30 photo checkpoints, which must be completed between 10 and 30 days – no more and no less.

Dirk says it is hard to predict how far they will get each day but they will carry tents, sleeping bags and other minimal supplies, and they are fully committed to sleeping rough.

“You don’t know where you will be at the end of the day with the tents we can sleep anywhere. It would be good to find a campground for a shower.”

They will find food wherever possible, which could mean a pie at the local dairy, fish and chips or food from the Trail Angels in various locations who are renowned for providing home baking to riders.

“On average you will lose five kilograms – you burn off more than you can eat,” Dirk says.

The event is fully self-supported, which means Mick and Dirk pay for all costs associated with the ride and all participants must make a $100 donation to a charity of their choice.

They have been planning the trip for the past three years needing the time to prepare for it financially with both away from paid work for the month of the ride.

Averaging around 100 kilometres a day, it will be the longest ride the pair have ever done and they are realistic about the physical toll it will take on their bodies.

“We will get fit as we go along but I wonder how the bum is going to be in the beginning,” Dirk laughs.

Mick and Dirk met over 12 years ago at Dirk’s Raglan shop Cyclery Raglan and quickly became best of mates through a shared love of bikes and being fellow volunteer fire fighters; Mick joined the Raglan Volunteer Fire Brigade in 2008 and Dirk in 2009.

In 2010, they were the first members of the Raglan brigade to tackle the ‘Firefighter Sky Tower Challenge’, raising over $1200 for Leukemia and Blood Cancer New Zealand – the most money raised by the smallest team at the time.

“Fast forward to 2020 and we are yet again challenging ourselves but this time in a way that is a little closer to our hearts, on two wheels,” Mick says.

Designed to highlight the best New Zealand Cycle Trail Great Rides, Heartland Rides and quiet back country roads, Tour Aotearoa is the brainchild of by New Zealand cycling guidebook writer Jonathan Kennett and is open to anyone to ride at any time.

In February 2016, he organised the inaugural Brevet event where over 300 people participated. Run every two years there are now around 1100 cyclists taking up the challenge in 2020.

The cyclists leave in mid-February in groups of 100 over several days. Dirk and Mick will be heading off on February 23. 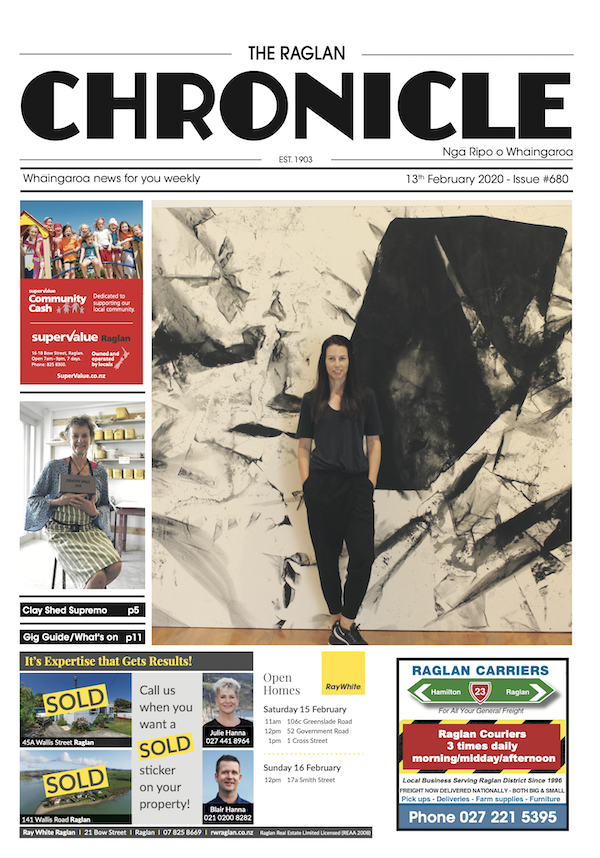 Raglan Rugby is fostering grassroots rugby with a new fund to provide
She’s always been a real brick around the Raglan Old School Arts
During the first week of April, a street-ball style basketball competition will
A journey back into education has brought local artist Amanda Watson’s creativity
A century ago, the Great War had occurred more than 12 months
Go to Top