It’s a surreal feeling being a spare guest at a wedding that isn’t supposed to have any guests – and isn’t a real wedding anyway.

But then it’s a rare day the Chronicle gets to sit in on a styled shoot promoting what has to be one of Raglan’s more unusual business ventures … a secluded hilltop hideaway aimed at couples who want to elope.

‘Box on the Hill’ is just that, explains Liz Cann from her Waitetuna lifestyle block, which has views of green rolling countryside almost as far as the eye can see. “An elopement destination.”

The site’s also where Liz and hubby Jason have built their new home, but the self-contained studio unit is specifically targeted at the elopement market.

When the Chronicle visited last Saturday a hair and makeup artist was at work on “bride-to-be” Beckie Thurlow with “groom” Tom Rendall standing by, as a professional photographer recorded the couple preparing for their mock wedding. Freshly made up floral arrangements adorned the intimate bnb studio, while red velvet cupcakes and two glasses of wine were set out on the deck table.

Down the pathway in the garden is a purpose-built wedding gazebo where couples can choose to exchange their vows.

Liz had invited the Chronicle along to see the place “all glammed up”. What is believed to be the Waikato’s first elopement hideaway was good to go, she said, and would be promoted both through her own website and by advertising on other wedding planning sites.

Beckie and Tom are the faces for ‘Box on the Hill’, having won Saturday’s photo shoot – followed by a luxury night’s stay on site – through a Facebook competition Liz ran earlier.

The Tauranga couple are engaged, the mock-up simply a dress rehearsal for their own big day in 2021.

Liz also arranged an elopement giveaway through a Hamilton radio station, and it has been inundated with couples keen to be the first to tie the knot at ‘Box on the Hill’ in two weeks’ time. It’s her top-of-the-range $5000 deal with wedding ceremony followed by a two-night stay, breakfasts included, and a voucher to Raglan’s Rock-it Kitchen thrown into the mix.

Packages start from a simple $2000 ceremony and overnight stay but all can be tweaked to fit the couple’s preferences, she says.

“Some people don’t want to spend thirty, forty, fifty thousand on a wedding,” Liz explains, while others can do without the dramas. Or maybe they’re private people who want a beautiful day with all the trimmings, but not a traditional wedding.

Whatever a couple’s reason for eloping Liz can pull things together – celebrant, photographer, flowers, the lot – within days if need be.

She says Raglan’s “quite established” when it comes to all things wedding. There’s local celebrant Robyn Riddle and photographer Anne Paar to call on, Raglan Cakes, and both Leef Floral Design and Raglan Floral Co (formerly Raglan Buds).

Liz has arranged small weddings or elopements before, in the garden of a Coromandel motel – known as Hush Boutique Accommodation – which she and Jason owned a few years back.

But ‘Box on the Hill’ is on a smaller scale again, typically with only the couples themselves involved. For that reason she and Jason expect to often be the two witnesses required by law.

“I cry every time,” Liz confesses of previous elopements she’s arranged. “Each one is different … but I feel so privileged to share the occasion.” 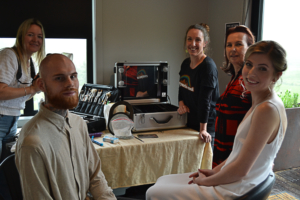 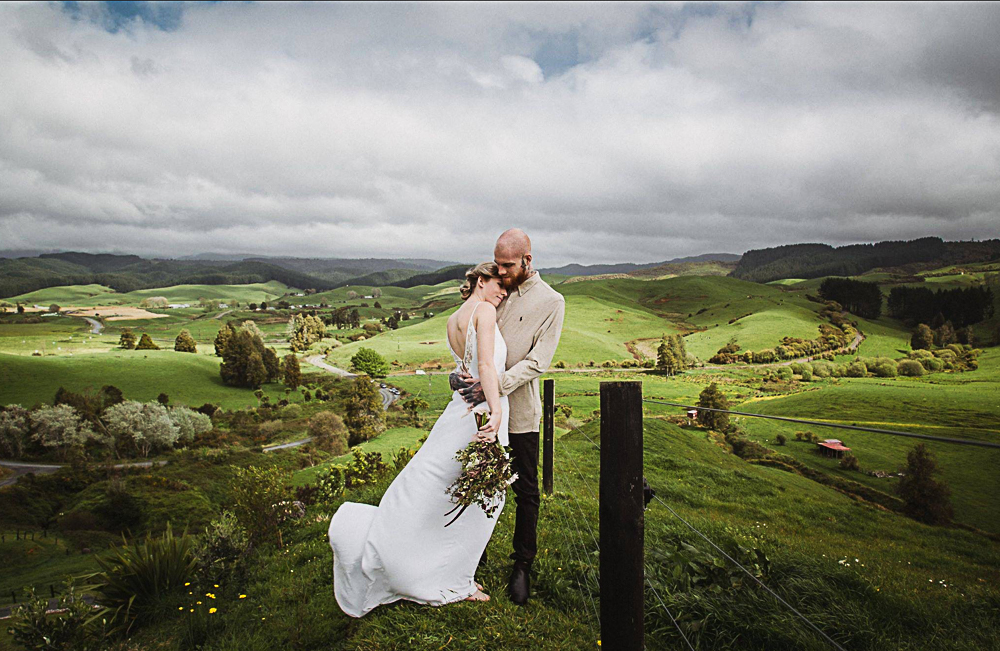