With an off-licence application still to be submitted, for their Park Drive brewery, the crew at Workshop Brewing – brothers Matt and Stephen Williams, Jake Gibbs and Bruno David – will launch their range of craft beers aboard the Wahine Moe over the long weekend.

The launch is the culmination of five years’ work for the crew, who have been building their brewery and refining their brewing skills in the former panel-beater’s building on Park Drive, alongside Raglan Engineering, owned by Matt and Stephen’s dad Peter.

“We couldn’t have done it without his help, we’re all so incredibly grateful for his generosity and knowledge” Matt says.

In fact, there are countless friends, family and other Raglan locals who have pitched in to help create the unique brewery.

Matt says the idea of creating a brewery in their hometown came to him and Jake while they were enjoying a few ales in a craft brewery in Canada five years ago.

“We thought ‘this is what we need in Raglan’,” Matt says.

He went on to work for a UK brewery for a year to find out what it was all about and on his return to Aotearoa began putting plans into place.

They started out using a small customised brewery pilot kit, which was capable of producing up to 100 litres of beer, and that’s where Bruno – a freshwater scientist and keen brewer – continued experimenting with different styles of beer, along with different hops, yeast, barley and water.

Bruno says  the quality of Raglan’s town water  is ideal for making beer, “once we filter out the chlorine that the Council puts in it, we get it back to its natural state. Essentially our beers are made with pure volcanic spring water which has a unique and favourable mineral profile for brewing”.

Other than the purchase of three specialised 2000 litre fermenters, the rest of the brewery was custom built using in house expertise and the assistance of local businesses and friends. Local artists and designers were also used to develop the art work on cans and bottles.

So far they have produced a craft lager simply called ‘Our Lager’, a ‘Raglan Pale Ale’, and  the ‘Chop Hop’ an APA, which are available in 330ml cans, along with a smaller range of speciality beers which is likely to grow over time.

Matt says they are hoping to keep the price around $20 for a six-pack and the beers will be available in other local outlets from Labour weekend.

They are planning to have their off-licence permit organised by summer where a wider range of limited release and seasonal beers will only be available direct from the brewery.

But until then, Workshop Brewing beers will be available on the Wahine Moe, which will be running boat trips from the wharf during  the seafood festival between 12-5pm on the Saturday and Sunday of Labour Weekend, 26-27 October. Workshop brews will also be available from several selected establishments around Raglan. 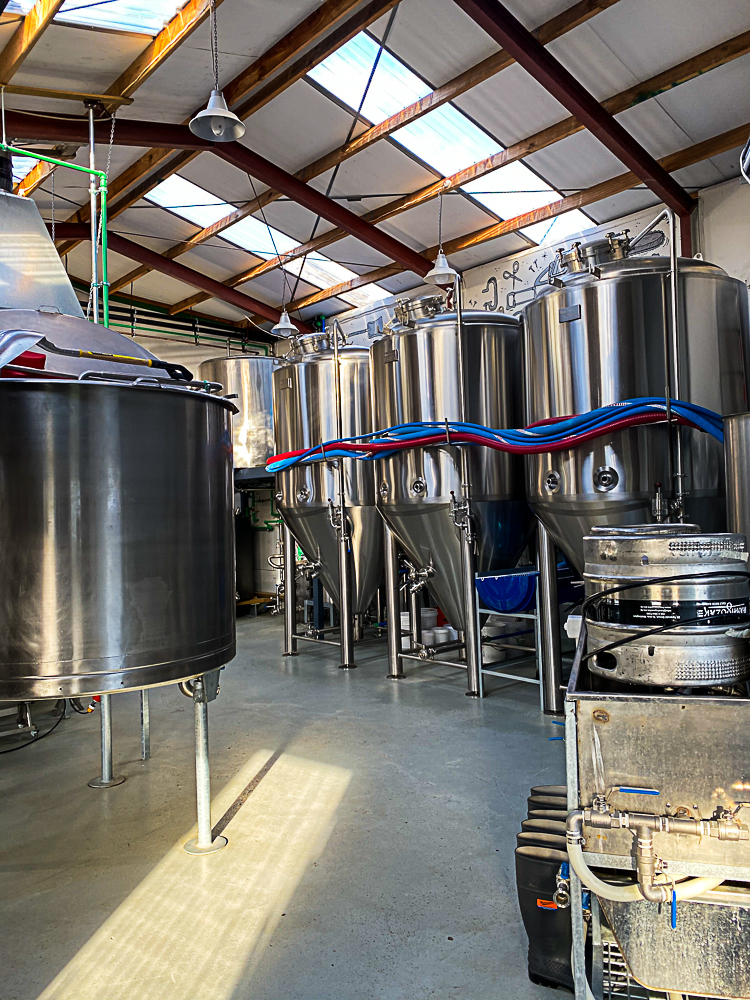 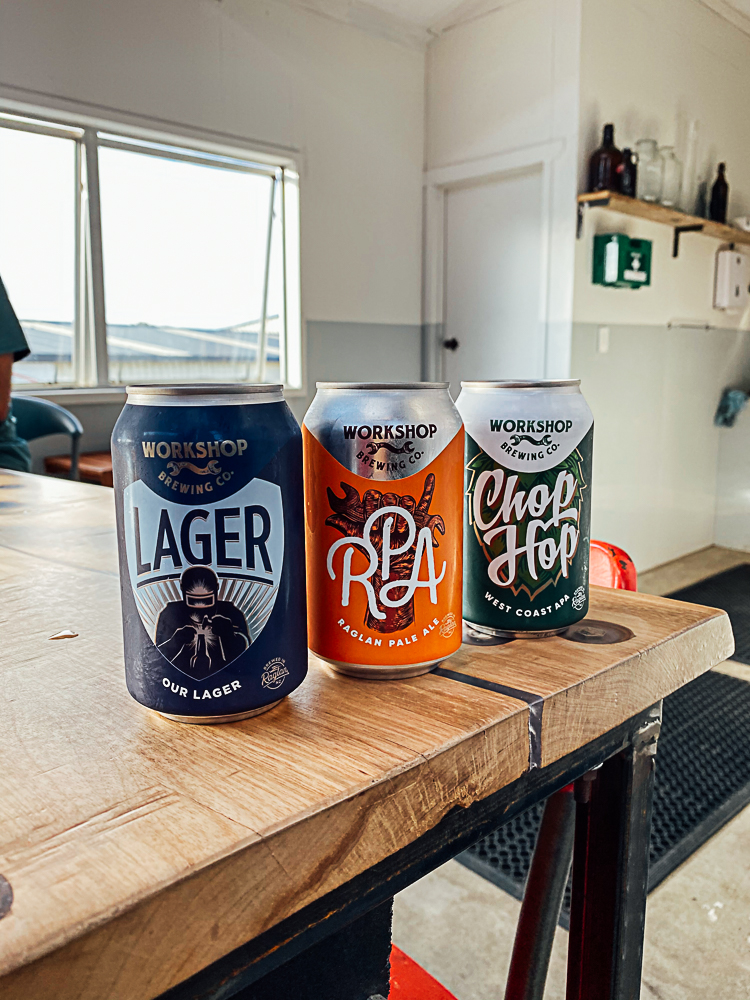 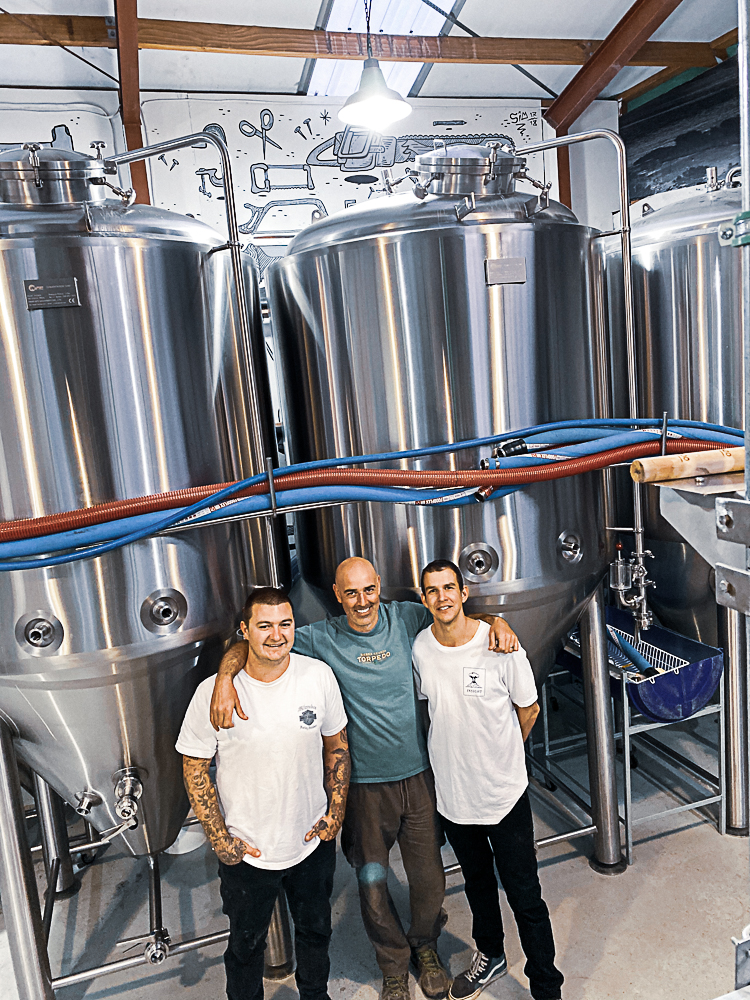