In a recent dawn ceremony attended by local iwi, contractors, the Peacocke family and existing peninsula residents, the Rangitahi Bridge was officially opened with a blessing and karakia by local kaumatua Russell Riki, Sean Ellison, Paddy Kaa and Atutahi Riki.

Four carvings that stand sentry on the bridge were revealed by the local carvers who worked on the pou.

Wooden beams from the old walk bridge were used to create the four pou – with two erected at each end of the new bridge.

It was important to the five whakairo (carvers), Kawharu Greensill, Kelvin Le Lievre, Cory Marsters, Iti Stafford and Simon Te Wheoro, to weave together the past and the present as well as connecting Raglan and Rangitahi.

Long before the rickety old bridge, local iwi crossed the causeway between Opotoru Rd and Rangitahi by a manuka bridge.

The area on which Rangitahi is being developed was once the land of Wahangaoterangi.

Shaped like turuturu (traditional weaving pegs), the pou feature an aramoana design, symbolising the movement of the tides and the sea creatures that move with the tides. The metal bridge railings are representative of the garment being woven.

“I’m grateful to be here because standing here means so much to me in terms of genealogy and history,” Russell says. “It’s appropriate that we gathered at either end of the bridge and came together in the middle just as the bridge now connects Raglan to Rangitahi.” 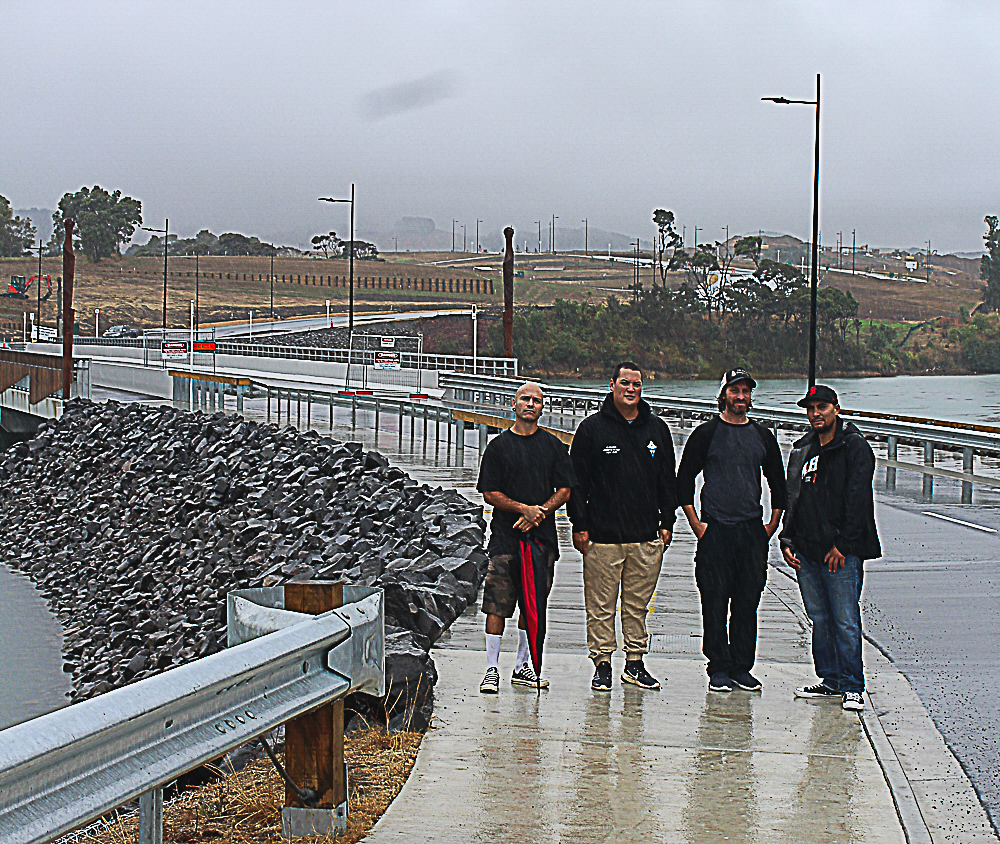