This week’s Raglan Junior Sports Update was made possible thanks to sponsorship from Protech Plumbing and Gas. If you are interested in sponsored content, please contact us on 07 825 7076 or email info@raglanchronicle.co.nz.

Soccer in Raglan has been growing solidly over the last few years and 2017 is no different with record numbers again in the form of 200 players enrolled in 22 teams. Girls’ soccer continues its phenomenal growth with nine teams this year after we only started our first girls side in 2012. 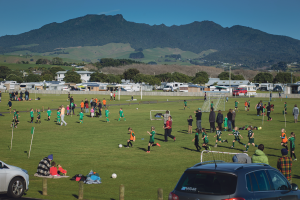 The number of boys enjoying soccer has increased too. We’re also excited to see the Area School team into its third year as it gives our older players somewhere to play after they leave the junior club.

The increase in size has left the fields bursting at the seams at our traditional Wednesday afternoon practice  –  even though lots of teams now practise on different nights – and we’re hoping to get some help turning some of the Domain’s famous puddle areas into useful pitch space for next year. As for the jam up in the shed trying to fit all the equipment in, the less said the better.

A big thanks on behalf of the kids goes out to the many volunteers who make junior soccer work in Raglan and especially those brave souls who helped with the fundraiser a few weeks back when the rain was going sideways during the worst weather of the season. Also, thanks to Satnam from Raglan Four Square for helping us out with yet another purchase of team shirts at the start of the season.

Well, what an exciting year to date for Raglan Netball Club Incorporated! 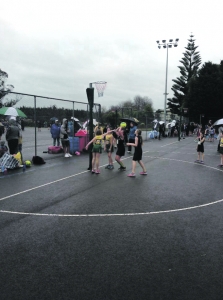 Hot on the heels of a fantastic twilight season, we have a record number of competitive teams entered in the Waikato Netball Winter Series: eight junior and secondary teams and two open grade. Every player has given their all this season and our teams are showing the positive results of how much effort they are putting in. It’s so encouraging to see our teams training hard and playing even harder! This really highlights what an amazing region we hail from, and we are incredibly proud of the dedication shown by each and every club member, parent, caregiver, coach, manager and supporter of Raglan Netball. A huge thank you and shout-out to you all.

We wrap up our competitive season at the end of August so not long to go now – it seems to fly by so quickly! Team photos are on Tuesday, July 25 (don’t forget your uniforms that day please, teams) and our prizegiving will be at 1pm, Sunday, August 27 at the Town Hall (further details will go up on our Facebook page for both events).

Last on the agenda for 2017 is our second twilight competition for the year so get your teams ready, people!

We are well into the season and Raglan Junior Rugby is looking and performing well.

We have 21 representative players from Raglan Junior Rugby this season. This is the highest we have had since 2010. Raglan sent seven teams to the Hopuhopu Championship and five teams got a placing in the competition. 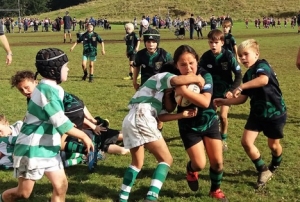 We have 20 amazing volunteers that run everything from registration to keeping the toilets clean. With 150 players we could always have more so any help is greatly appreciated.

We have an awesome amount of sponsorships this year. We have 10 brand new gear bags thanks to Raglan Surf Emporium,  Direct Tech and Concrete Services.  We have new corner flags on order from Alpha Interiors and our prizegiving this year will be funded by RPB Safety’s sponsorship.  We had an anonymous local donor to kick us off at the start of the season and also PGG Wrightson sponsored two new manager shirts for our new fantastic volunteers.

We expect prizegiving to be early September along with a cleaning bee so parents and children keep an eye out for the date. 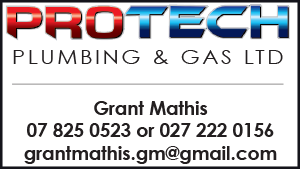 Team Awards Best Forward 13th Grade HUDSON BIDOIS Best Back 13th Grade
Best Team: The team with the most wins for the season: U10
Raglan Area School’s Surf Academy gives promising young surfers a taste of
An occasional column featuring young achievers in our community. Tell us what
Go to Top