Movers and Shapers: A series on ways Raglan reinvented itself from the sleepy seaside town of the seventies.

From blues to roots – all the way from rocking downtown with the legendary Mudsharks through to partying decades later at packed Soundsplash festivals at Wainui Reserve –  Raglan’s been on quite the musical journey over the past 40-odd years.

And it’s put the once sleepy seaside town on the map not only as a surfing but also a live music and outdoor concert mecca.

The emergence of Raglan as a “musos’ town” dates to the early 1980s, when the Mudsharks began regularly playing their own distinctive style of music to packed bars at the Harbour View Hotel.

The town really rocked back in the ‘80s, he reckons, particularly on ‘Mudshark Mondays’ when professional touring musos like himself, Sid Limbert and Peter Skandera – who also still lives here and also teaches music – got together and jammed at the historic Raglan pub.

“We never ever rehearsed,” Dave told the Chronicle. “We were just playing with mates.”

The gigs were the only live music to be heard around town at the time, and were soon bringing out the locals and getting them up on the dance floor.

Dave says the formation of the Mudsharks owes itself to a chance meeting. He’d bought a property, settled in town in ‘81 and then ran into fellow muso Sid – recently back from Utah – at the top of the divvy one day. Sid was busy running the local fish and chip shop downtown but the pair agreed to “let’s do something”, having played together years before.

They asked at the Harbour View which of its nights were the quietest, then set about pulling in the punters each Monday with a unique brand of rock ‘n’ roll and blues.

Dave categorises the Mudsharks as having been more of a country-meets-blues-meets-jazz kind of line-up really, depending on whoever happened to join the band along the way.  Another musical influence came from the late Clarry Cresswell, a local saxophonist to whom a corner of the Harbour View’s front Veranda Bar is now dedicated.

“Remember we are Kiwi musicians, we have to be versatile,” Dave explains of the evolution of the Mudsharks’ rollicking, cross-genre style that quickly captured locals.

While Sid and Dave brought “old-time stuff, maybe blues roots” to the band, Liam Ryan of The Narcs fame brought a jazz element. Dave McArtney, formerly with Hello Sailor and Pink Flamingo, also came on board with rock. Then of course there was the iconic Midge Marsden who, Dave adds, perhaps truly defined the band’s bluesy leanings.

He’d played with Midge in Wellington back in the 70s, in a band called the Country Flyers.

Various musos lived and jammed in town on and off, Dave recalls, and the Mudsharks’ reputation got another fillip when Gary McCormick’s celebrated ‘Raglan by the Sea’ doco screened on television in 1987, putting the band’s up-tempo gigs at the Harbour View in the national spotlight.

By 1989 the Mudshark Monday scene was fading, with one or two musos moving away. While the Raglan Club would much later play host to a series of revival concerts featuring Midge Marsden and the Mudsharks, they’d never regularly jam again at their traditional haunt.

Any live music void about town was not to last long however. In the early ‘90s, two ‘Strawberry Fields’ music festivals were staged in successive years on farmland near Te Uku.

These three-day events, organised by local promoter Jim Rowe, were described by Wikipedia as “influential in the timeline of New Zealand rock music festivals”. But it wasn’t to be ‘Strawberry Fields’ forever, as protests from neighbours stymied plans for a third festival locally.

Back in Raglan town, meanwhile, a more intimate live music scene was getting off the ground at the newly established Tongue & Groove (now The Shack), across the road from the pub.

Come Saturday nights, the cafe space was cleared of its formica tables to make way for a dance floor. Bands like Trinket (later The Datsuns) and Auckland rockers Shaft/D4 flagged Hamilton to play Raglan, while local gigs such as Band Wars and Ten Guitars added to the mix.

By the new millennium Molasses cafe (now Wyld) opposite Tongue & Groove was also hosting live music nights, as were The Centennial Bar (now Orca) and other venues.

Raglan audiences were treated to a host of iconic Kiwi bands, all the way from Trinity Roots and the Black Seeds through to the likes of Fat Freddy’s Drop, Katchafire and Kora.

But it was a fully homegrown band that emerged around this time, Cornerstone Roots, which was to end up having a massive and lasting impact on the Raglan music scene.

Raglan musos Brian Ruawai and Naomi Tuao had formed Cornerstone Roots with another local, Boyd Dixon, after a session at what Wikipedia calls the “infamous” Raglan Musicians Club, and they played a brand of music described as “raw and riddim focused with a mix of contemporary styled ska/roots/soul and reggae”.

While Cornerstone Roots continued to expand its repertoire and reputation, Brian and Naomi had bigger plans. In 2001 they put together Raglan’s first Soundsplash Festival in the town hall, promoting local acts along with many others. The festival soon had a larger outdoor venue, the Wainui Reserve,  and two decades on is still going strong – “born out of the town’s live music scene”, as Naomi recalls.

This renowned multi-genre, family-friendly music festival is now a fixture on the outdoor concerts calendar. There was a hiatus but six years ago the couple resurrected the festival, and these days their own grown-up children – both musicians – are also very much a part of the scene.

Instrumental in keeping Raglan’s music culture alive along the way has been the opening of the Yot Club downtown on the corner of Bow St and Volcom Lane. It regularly hosts a varied mix of local and out-of-town talent, and during the past decade has also become well known for its DJ-ing Sunday Sessions which grew out of a passion for reggae music.

Lost Tribe Aotearoa are one of the latest Raglan bands to have achieved success, after starting out through contact with Cornerstone Roots and by playing downtown at the Yottie. They were nominated for best roots artist next to Troy Kingi and LAB at the New Zealand Music Awards in 2019. Last year they released their debut self-titled album to rave reviews.

Cornerstone Roots meantime has played around the world including at Glastonbury in 2014.

Brian and Naomi believe our young musos like Muroki, Reiki and Lenny have the perfect opportunity to accelerate in Raglan, thanks in no small part to ongoing tuition by longtime musos Dave Maybee and Peter Skandera. “They’re ready to pursue a career in music and it’s legitimate.”

Dave agrees, mentioning a few other emerging talents like Sasha Kirkwood  and Reiki’s sister Kaea who have also come through what he describes as Raglan’s very supportive school system.

And of course Covid lockdown last year provided an “excellent” opportunity in which to create music, Dave says. “There’s some really neat talent (here) at the moment.” 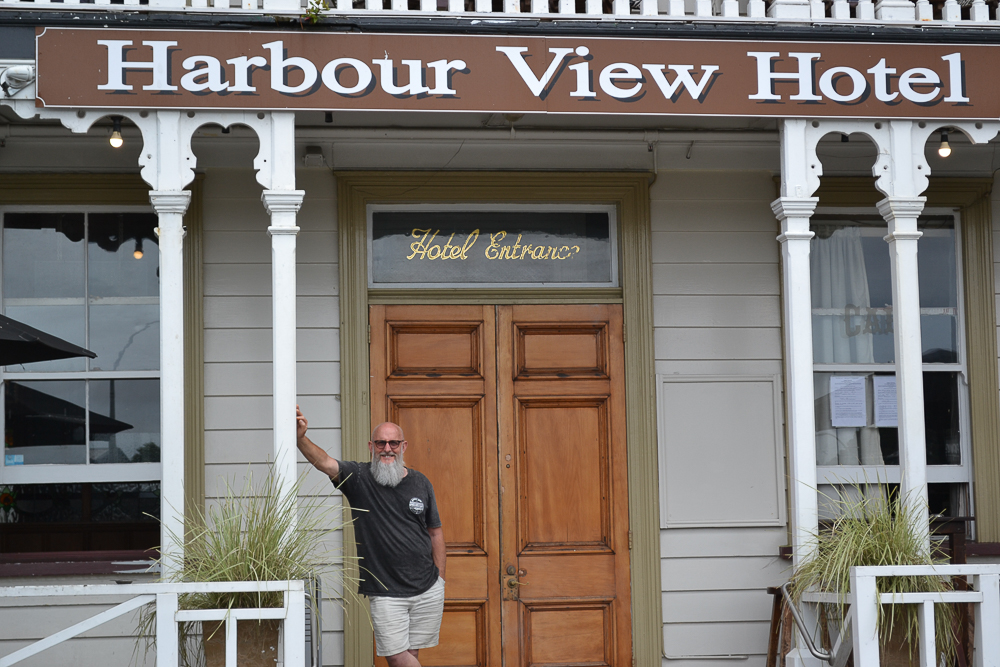 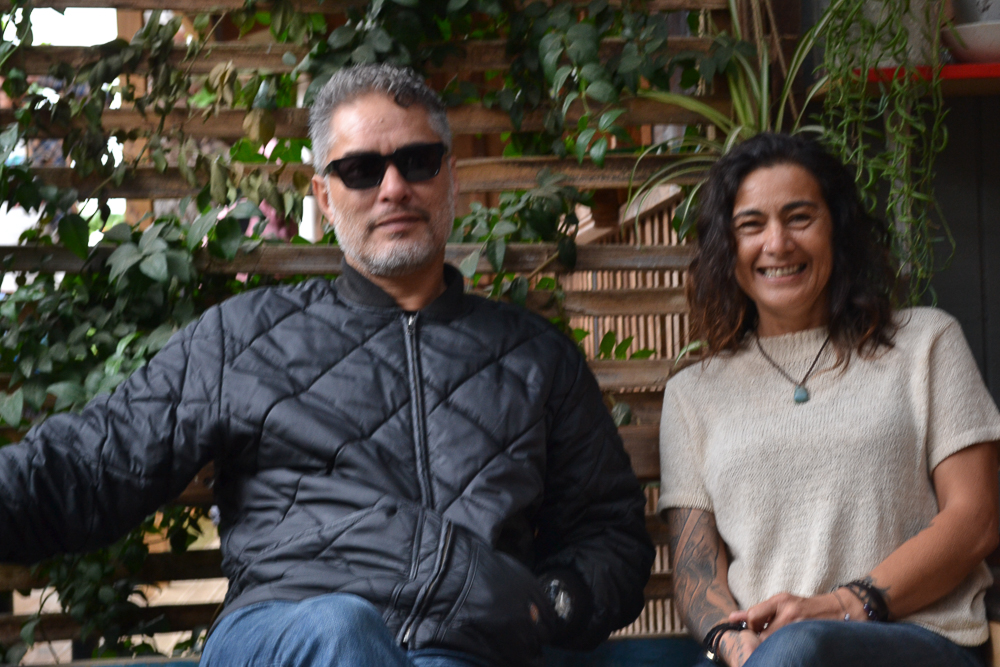 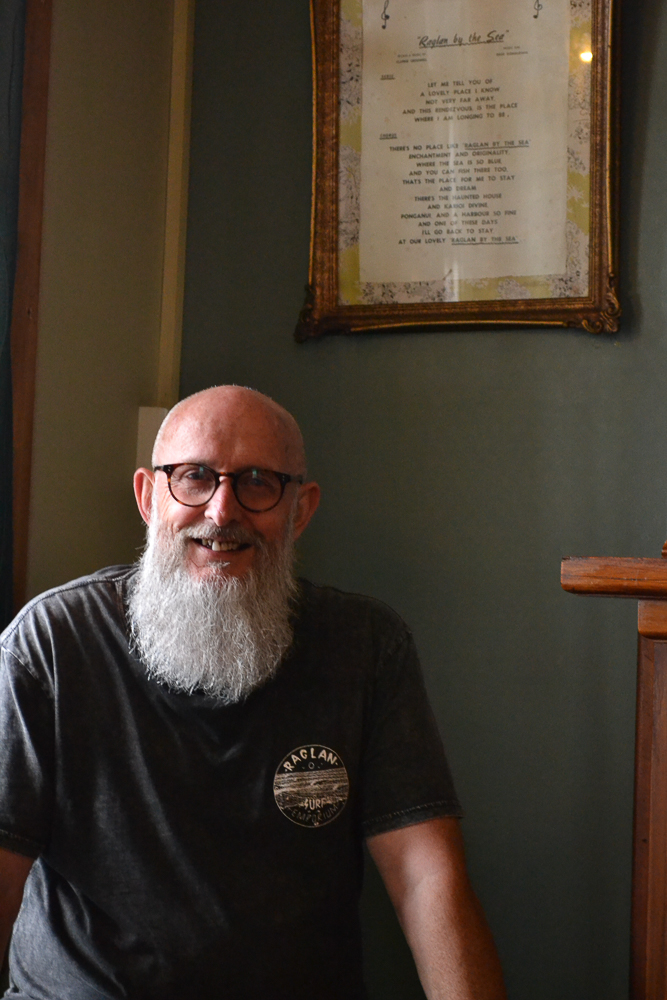 Movers and Shapers: A series on ways Raglan reinvented itself from the
After the cancellation of last year’s event due to Covid, we catch
Raglan artist Robert Currie is not one to let a little health
The Local Rag sat down with local teacher Joseph Rajaram Rao to
Local entrepreneurs Seam and Emily Mills took some lockdown bad luck and
Go to Top